Back to Home
Print date : 2021/10/18e-Health from VGHTPE Nursing Department

Care of Patient with Herpes Zoster

What is herpes zoster?
Herpes zoster is generally characterized as a unilateral, painful, vesicular rash distributed along the dermis, which is also known as the “snake” in local vernacular, is an infectious disease caused by varicella zoster virus, one of the filterable viruses. After a patient is infected with varicella zoster virus, he or she gets chicken pox. The varicella zoster virus then incubates in the body after the patient recovers from chicken pox. When the patient has low immunity, the varicella zoster virus gets activated leading to herpes zoster in the patient. Herpes zoster is often accompanied by rashes and stabbing pain which mainly appears on one side of the chest of a patient, followed by the head and neck, waist, and thigh. The rash appearance on four limbs, hands or feet is less common. The elderly or immunocompromised people are more susceptible to suffer from herpes zoster infection. Acute symptoms include rashes and pain on the skin, general discomfort and flu-like symptoms. Natural course of the disease takes around three to four weeks.
Symptoms of herpes zoster:
People with the above symptoms should not be as herpes zoster only. Thus, if you have the above mentioned symptoms, please visit a dermatologist as soon as possible.
Treatment of herpes zoster:
Self-care for herpes zoster:
Vaccination:
People between the ages of 50 and 79 are suggested to receive a herpes zoster vaccination, which will reduce the probability of experiencing herpes zoster infection and post-herpetic neuralgia. However, the vaccine is contraindicated in immunocompromised people. Visit your doctor to further understand the importance of the vaccine. Herpes zoster vaccine should not be used along with pneumococcal vaccine (Pneumovax 23) as it will reduce its effect.
Reference 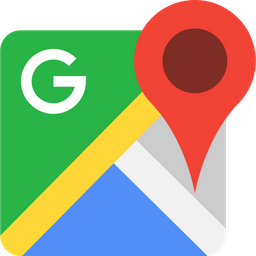